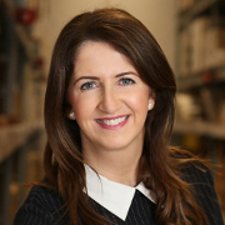 As President of IKEA Canada since February 2017, Marsha Smith is committed to securing IKEA as a leader in Canada’s retail landscape and as a Great Place to Work.

Marsha joined IKEA in the UK in 2003 and has held management positions in Customer Service and Operations. After being identified as a high potential leader within the organization she soon became a Store Manager and was able to achieve exceptional co-worker engagement levels for her unit in the UK, in addition to extra-ordinary sales growth and profits. In 2013, she accepted the challenge of leading IKEA Ireland where she was responsible for developing the IKEA brand and increasing market share.

Prior to joining IKEA, Marsha began her career in the automotive industry where her determination and entrepreneurial spirit was recognized early on. The challenges and opportunities she was given during this period in her career has shaped her as the leader she is today. Marsha is passionate about people and creating a workplace where young aspirants have the opportunity to thrive and succeed. In 2014, Marsha received recognition from the Prince’s Trust in the UK for a program she helped to develop to provide young adults with skills to help them enter the workforce. She further received the Retail UK, Rising Star of the year award in the large business category.